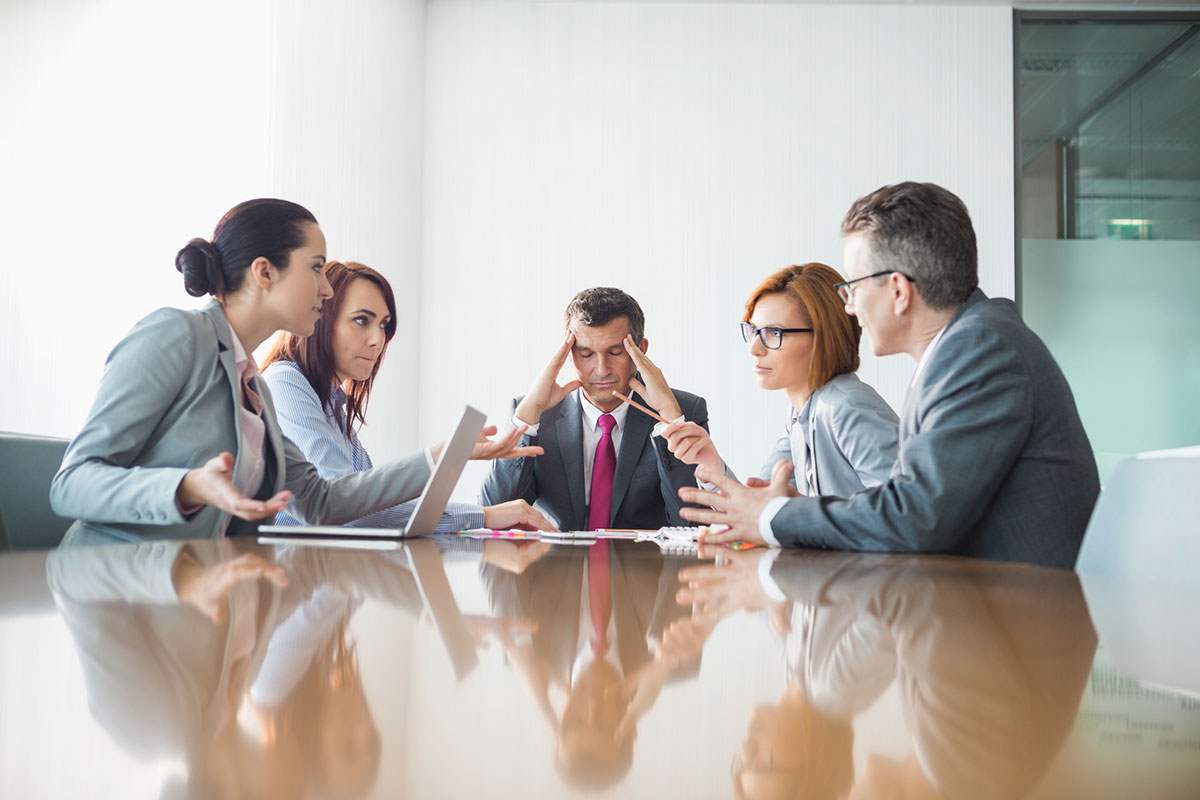 Work atmosphere consists of complex structures which contain different work groups whose positions are organizational, technologically, politically, and economically very different. Each workgroup has its own system of relationships, a specific culture, values, rules, roles, and positions. In such a diversity, conflicts are common. It is enough that a group or a member of a group isn’t satisfied with his material gain or lack of rights, a possibility or deprivation of something so that he spontaneously starts a fight to improve his position and not completing what he is asked to. It’s a sufficient reason for a conflict to emerge whether it is open or latent, even though there are a good coherent relationship and a lack or disintegration within that group.

The conflict has a destructive function for a society. Even the smallest conflict within a group or an enterprise or an organization, or certain people’s discontent can lead to negative consequences to the employees’ work and define them as someone who objects to social progress and values. The result of this can be seen I the fact that rights, as well as the dignity of a group or an individual, are annihilated through the behavior and attitudes of those in privileged positions. Strong conflicts can especially emerge when those in superior positions have a tendency to exploit. In such cases, conflicts can turn into serious social arguments.

Conflicts can emerge in work environments ruled by active managers whose attitudes and behaviors contradict the socially accepted modern and civilized attitudes as well. That is one of the most common conflicts that appear in every society.

Careerism can also cause conflicts. It’s about conflicts between the seniors and the young people. For example, many senior employees demonstrate the ability and capacity to adapt to new modern work methods. On the other hand, young careerists emerge with progressive attitudes. This causes both open and latent conflicts mainly for two reasons. First, a number of senior employees may lose their abilities to work overtime which the young ones may use as an excuse to state that the seniors should not work. Second, due to discontent and poor career progress, young people may accuse the seniors of still occupying a workplace or for still working in general.

Conflicts also emerge due to political waves or religious groups which have a strong impact on work. Ever since they were children, people are taught how to handle work. Eventually, a certain attitude is taken and as such, it becomes a part of personality. However, time brings changes in political attitudes as well as religious beliefs. Political opinion or belonging to a certain religious group is entirely individual. Within a single organization, there are people who belong to confronted political movements and religious groups which do not tolerate each other for some reason. Unfortunately, conflicts often emerge which lead to confrontations within a group. Such mutual contempt has a negative impact on work as well as on business in general.

Within a work sphere, there is a number of different people who differ by their social position, age, education, culture, individual values, abilities, capacities, and diversity in existential situations. Each of those conditions affects one’s behavior and work. Besides, employees’ attitudes and behaviors should be in accordance with their life situation as well as the social and workgroup they belong to. For all these reasons, it is difficult to avoid conflict in a work environment but due to their destructive power, each person or group should be willing to put an effort to reduce conflicts to a minimum.

Sources of frustration at work