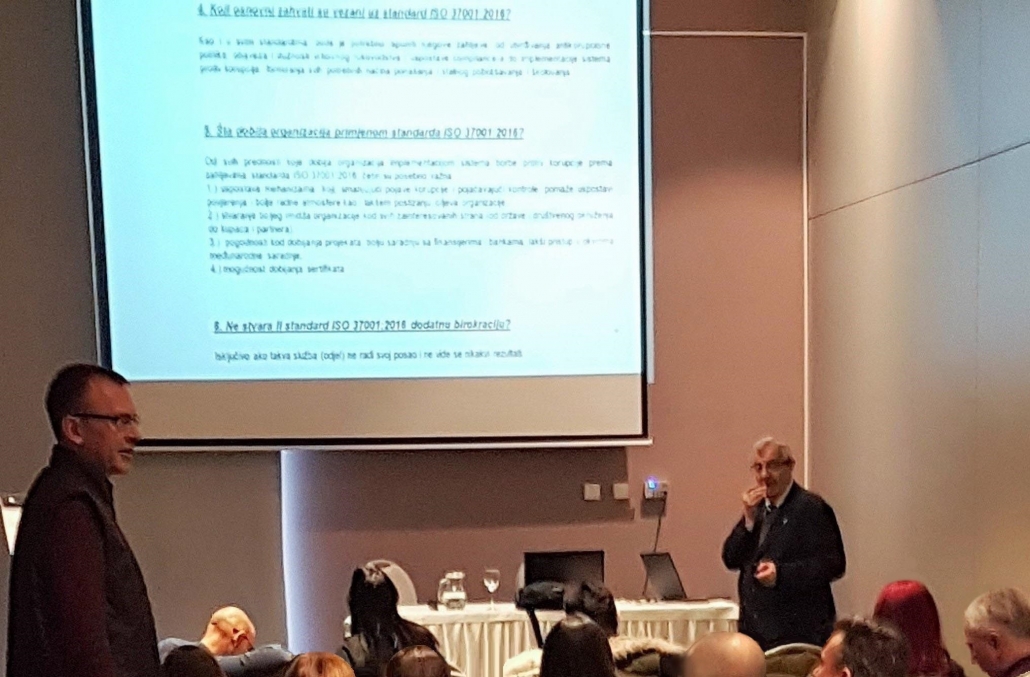 In Mona hotel, Zlatibor, an ISO 37001:2016 seminar is held regarding the Anti-Corruption System management. Dragana Rakin, founder, and executive of Prudent Agency took part in the seminar.

Corruption is one of the basic elements of poor social quality (from finances to all forms of life and work), and as such, it must be analyzed, discovered, and reduced to a minimum.

The goal of participation was to improve and increase the knowledge of major system processes of the fight against bribery (ABMS) and to understand:

Prudent Agency’s interest in participating in the ISO37001:2016 Anti-Corruption Management System seminar is in the following:

Fight against corruption is the fight for a higher quality of the society, anywhere, anytime, and on any level.